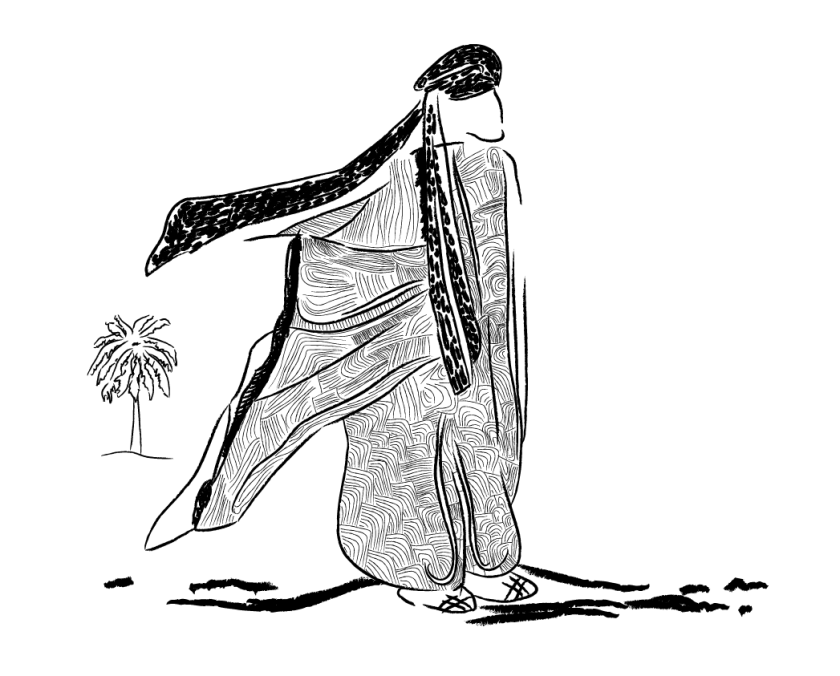 Without a thought he walks…

His brilliant cloth sways in the rhythm of the wind, his ebony skin complimenting the colour. The yellow sediment encircles his earthy brown sandals effortlessly rising to remove clarity from the man’s view. Helplessly, he clings to his cloth just a little tighter, his almond eyes squinting at the unforeseeable expanse. Just as the wind gathers strength its energy is unleashed and the sand  particles instantly drop to the surface, his independent cloth stills and the wind echos its dwindling howls into the distance until it sleeps to wake again.

Burning from the inside out, his legs gradually reach the surface, quietly, he sits. Old age has overcome him, becoming undoubtedly noticeable from the milestones reaching the top of his face to the bottom and his salt and pepper hair; yet he is young- in the hope of getting younger as each day passes.

Minutes pass and as he searches through the backless sky, a gesture of understanding escapes him, as if a conversation has passed betrween the two.

He  rises  and  carries  on  his  walk. A month has elapsed then two then three until his walking has reached the sixth.

Hunger bellows from his stomach, saliva scraps his hollow throat. At times silver lined streams aimlessly escape from his almonds as he silently screams for a better life. Nevertheless he always continues to walk away from each place that steals away morsels of hope.

The day persists onward and it is the beginning of a terrible storm, the wind becoming heavy and dominating. But he walks on holding his cloth tighter, the spiralling material below seeping upwards crossing his eyesight though not dwarfing his view. The distinct outline of a town is vivid. The vibrancy, the bustling figures, life. On that day tears burst from their sockets and he collapses to the ground his bones without an ache.